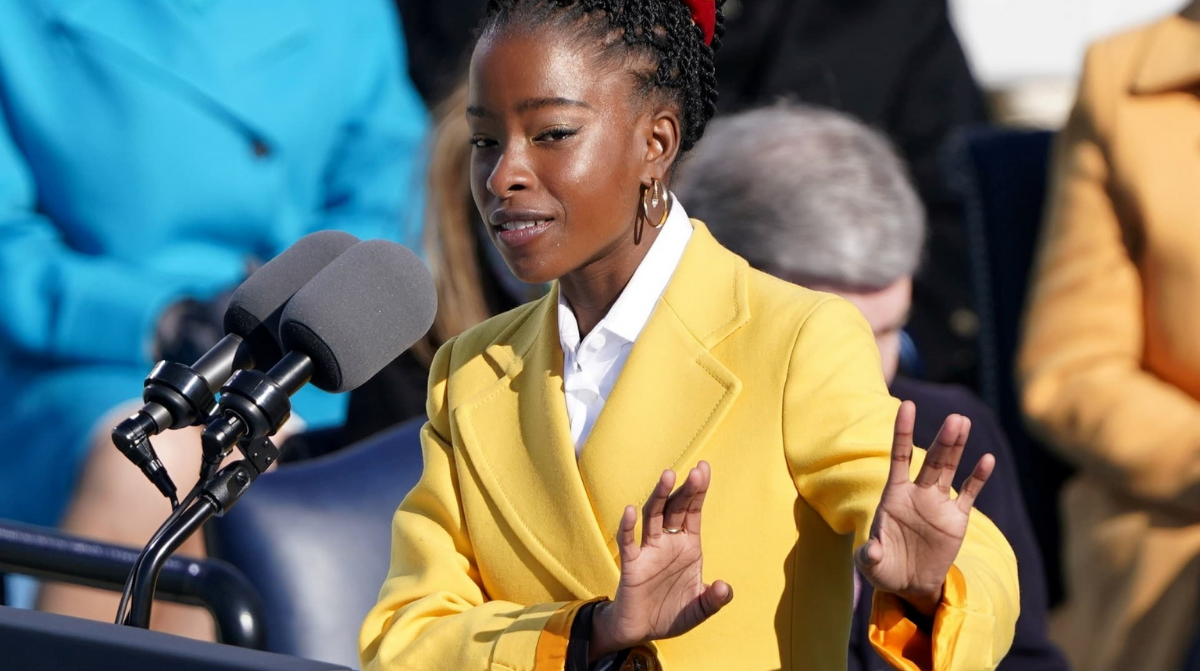 Amanda Gorman becomes a break-out star of the inauguration with her moving poem.

In one of the inauguration's most talked about moments, poet Amanda Gorman summoned images dire and triumphant Wednesday as she called out to the world, "even as we grieved, we grew."

The 22-year-old Gorman referenced everything from Biblical scripture to the musical Hamilton, and at times echoed the oratory of John F. Kennedy and the Rev. Martin Luther King Jr. With urgency and assertion she began by asking "Where can we find light/In this never-ending shade?" and used her own poetry and life story as an answer.

The poem's very title, The Hill We Climb, suggested both labour and transcendence.

"We did not feel prepared to be the heirs

Of such a terrifying hour.

But within it we've found the power

To author a new chapter,

To offer hope and laughter to ourselves."

In revered company
It was an extraordinary task for Gorman, the youngest by far of the poets who have read at presidential inaugurations since Kennedy invited Robert Frost in 1961, with other predecessors including Maya Angelou and Elizabeth Alexander. Mindful of the past, she wore gold hoop earrings and a ring in the shape of a caged bird — a tribute to Angelou's classic memoir I Know Why the Caged Bird Sings — given to her by Oprah Winfrey, a close friend of the late writer.